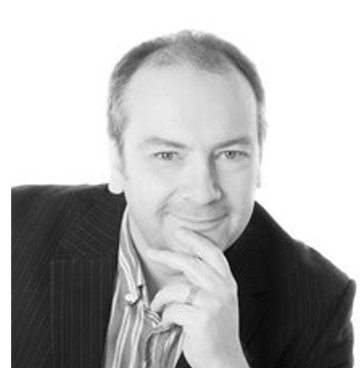 “I knew that buying and selling businesses went on, but it hadn’t occurred to me that it was something I could do”

Web developer Andy Gosling decided to look into how to buy a business after an opportunity inadvertently crossed his path. A few months on from first meeting Guy, he bought one business and then a larger business a little later.

Andy runs a web development business with a particular skillset around ecommerce. He admits he was not originally looking to buy a business. However, he’s a canal enthusiast, and when one of the canal websites he buys from sent out an email saying they were shutting up shop it caught his attention.

So he replied to the email asking if they’d thought about selling the business? The owner replied saying he’d tried for a couple of years and no one was interested. So they started talking.

As Andy puts it, “He’d been running the business since 1999 and he was looking to retire. It was a fairly protracted kind of negotiation, and during those conversations I thought, “I’d better find out how to buy a business”.

He spoke to his accountant and did various other bits and pieces, but it was during his internet research that he came across The Business Buyers Club. Talks between him and the seller were getting fairly serious, so he booked onto Guy’s one-day event.

What did you get out of the one-day workshop?

He says, “Looking back, I got a lot out of it, and that single day helped me to purchase the ecommerce business. It gave me lots of pointers towards things I should look at, and a clear explanation of how to structure a deal.”

“I really warmed to Guy, and I like his approach of looking at profitable businesses rather than buying a basket case business for £1 and turning it round. That has its place, but Guy’s approach is a less risky proposition.”

“After I’d done the deal and bought the business, I started thinking, ‘That deal was actually relatively straightforward, so perhaps I can buy a web design business. And I could buy other ecommerce businesses too’.”

“All of a sudden I had all these ideas – I could buy that, I could merge these two… Guy had got me thinking that way.”

“Even so, when the next Intensive course date came out it took me a while to sign up, partly because I wasn’t sure whether to do the Intensive or the online course. In the end I decided to go for it [Intensive] because the offer included the online course as well.”

How was the Intensive programme?

“It was the most amazing, jaw-dropping three days. I had a really excellent time on it and my jaw kept on dropping at what Guy was sharing with us. It opened my eyes to what’s possible.”

“What’s refreshing is that I’ve come away with the tools to create a plan for the rest of my life. And not just a plan to be financially successful, but physically and mentally successful as well.”

What would you say to someone who’s considering one of Guy’s workshops or programmes?

“I can’t recommend it highly enough to people who want to buy businesses. It’s obviously not for everybody, but if you’re of a mind to be buying businesses then I’d absolutely recommend it – 100%.”

What would you say to someone who thinks, “There’s no way I could ever buy a business”?

“I would suggest that they go on one of Guy’s one-day courses, because that does give you enough information to prove that pretty much anybody of a mind to do it can buy a business, and sell businesses, obviously. You’ve got to try out the one-day course and see where that takes you.”

What could one day with me, my team and a room full of other ambitious business buyers do for you?

To find out about our next event click here